Side by Side, a collaboration between chef Alberto Collarte and chef Jacob Ramos

An incomparable view of the iconic Los Cabos Arch, exquisite signature mixology, first-rate service, and an extraordinary culinary journey; all these elements are part of the gastronomic experience: Side by Side.

A collaboration of the Sunset Monalisa restaurant with the Grand Solmar hotel, where its star chefs: Alberto Collarte (Grand Solmar) and Jacob Ramos (Sunset Monalisa), come together to create a 5-course menu exclusively for this gastronomic experience. Talent, experience, and a lot of creativity is what both chefs offer in this special dinner, in which they will be cooking together; In addition, the chefs will be interacting with the diners that night: telling stories, explaining a bit of the inspiration for each dish on the menu, answering any questions from the diner, etc.

But, do you know the talented chefs? Here we leave you a bit of the history and career of each of them…

Chef Alberto Collarte, originally from Santiago de Chile, nurtured his passion for cuisine early, cooking with his father and grandmother. Family meals were the cornerstone of their time together, and food was the joy that anchored many childhood memories. Sadly, a few months before finishing a degree in Communications, Alberto’s father passed away. The unexpected loss of his cooking mentor spurred a desire to follow his dreams and study Gastronomy at The Culinary Institute of Santiago. 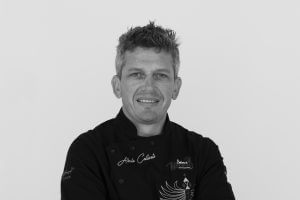 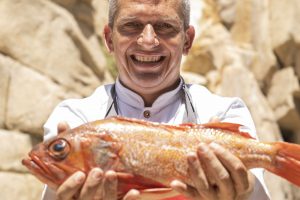 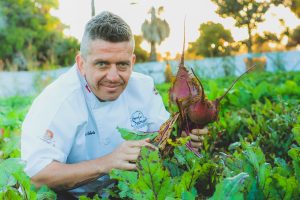 In 2003, determined to master the traditions of Mexican cuisine, Alberto started his journey in Vallarta, Jalisco, at the hotel Melia. He worked in the famous Mexican-French restaurant, Bianco, under the tutelage of Chef Roger Dreier as Chef de Partie.

While known for his passion for working with unique Baja products, Chef Collarte thrives on surprising his guests with innovative cuisine that is also a byproduct of his extensive world travels. He describes his work as mestizo. Today, Chef Alberto shares his culinary talents as the exec chef at Grand Solmar Land’s End Resort & Spa in Cabo San Lucas.

Chef Jacob Ramos graduated from the Le Cordon Bleu, Pasadena, in 2001. After graduating, he joined the Patina Group, a 1 Michelin star in Los Angeles, moving up the ranks in the kitchen from cook to sous-chef to chef de cuisine. After working nine years at the Patina Group, he partnered with Kerry Simon (“the rock and roll chef”) to open the Ritz Carlton in Los Angeles. 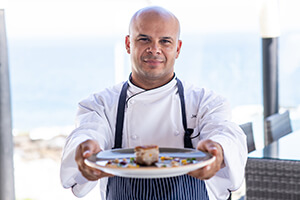 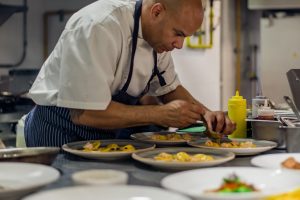 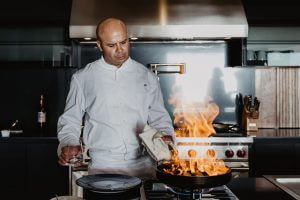 After successfully opening the Ritz Carlton at LA Live, he went to open the Ritz Carlton Lake Tahoe with Michelin Star & James Beard award-winning Chef Traci de Jardins. Within the first year, the restaurant received nominations for James Beard. After three years with Traci, chef Jacob moved to Puerto Rico and opened ‘Mi Casa’ with chef Jose Andres in Dorado Beach, a Ritz Carlton Reserve. They received the 4th best restaurant in Latin America and a nomination for a James Beard award within the first year of operation.

Three years later, chef Jacob had an opportunity to have his signature restaurant within the Ritz Carlton Los Angeles. Chef Jacob Ramos then moved to Cabo to become executive chef of Monalisa Group and lead one of the most iconic restaurants in Los Cabos – Sunset Monalisa. The passion and conceptualization are characteristic of his talents. He pays tribute to his roots by elevating the cuisine he creates for a complete culinary adventure to each diner.